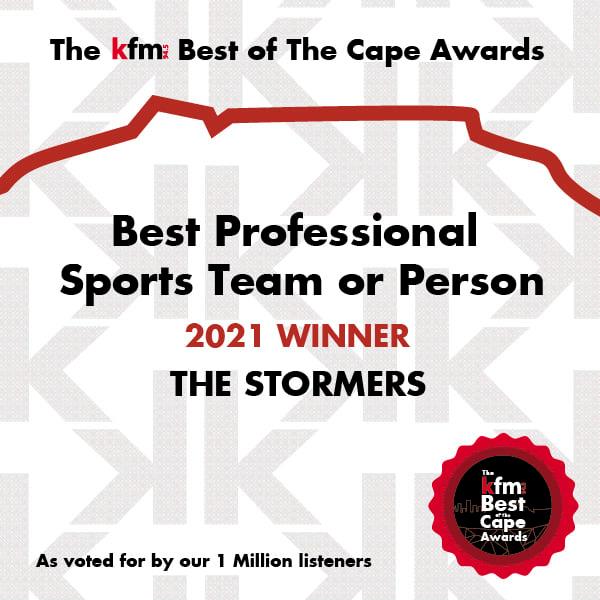 DHL Stormers ‘Best of the Cape’ with KFM and the Faithful


The DHL Stormers have been named as the Best professional Sports Team as voted by KFM listeners in their Best of The Cape Awards this month.

Despite being separated from their Faithful supporters for over 18 months due to the COVID-19 pandemic, the love that the people of the Western Cape have for the DHL Stormers was underlined again with this award.

DHL Stormers Head Coach John Dobson accepted the award on behalf of the team live on air on Friday morning.

With DHL Western Province set to play their Carling Currie Cup semifinal against the Vodacom Bulls in Pretoria on Friday night, the award comes as a boost to the team, who have had to play without the support of their Faithful supporters for over a year.