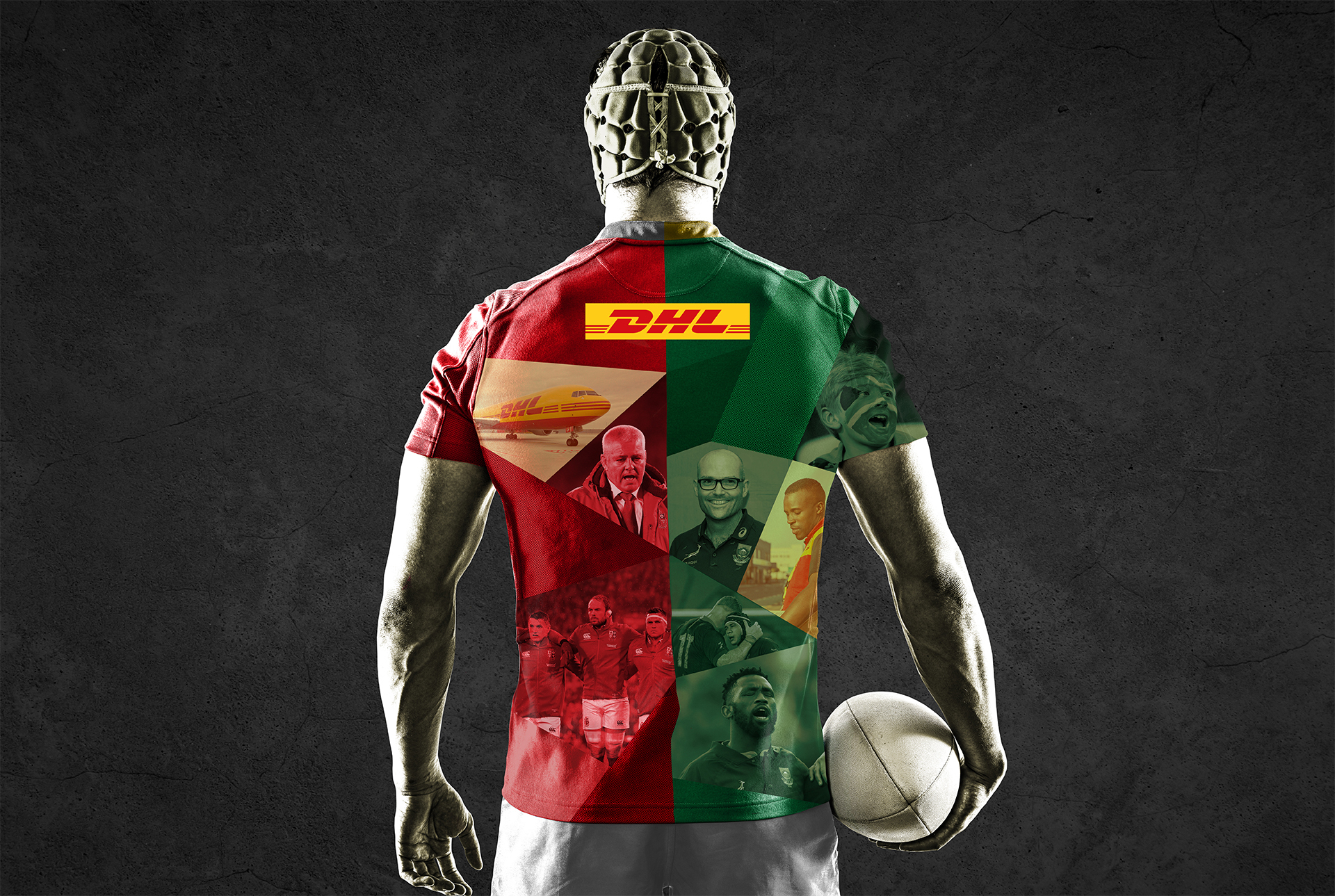 
DHL Express today announced the continuation of its sponsorship with The British & Irish Lions, and in addition a new unique partnership with the Springboks, South Africa’s national rugby team and reigning World Champions.

Both teams will rely on DHL’s key and tailored logistics services as part of a unique partnership. For the first time ever, all players involved in the series will sport the DHL logo on the back of their jerseys, meaning that DHL are backing the Lions and the Springboks – three-time Rugby World Cup winners – both on and off the pitch.

“Rugby represents many important values such as teamwork, passion, speed and respect, all of which are core qualities which resonate very strongly with our DHL brand values,” said John Pearson, CEO DHL Express. “I am delighted to be continuing our partnership with The British & Irish Lions Tour next year and thrilled to be adding the Springboks as a partner, further building on our global ties with rugby. By partnering with both, we further highlight our commitment to rugby and to keeping the world connected. We look forward to engaging with the teams and fans of both the Lions and Springboks before and throughout the Tour.”

The Castle Lager Lions Series will witness The British & Irish Lions bring together the best players from England, Ireland, Scotland and Wales for an eight-match Tour of South Africa during July and August 2021, including three highly-anticipated Test matches against the reigning World Champions, the Springboks. As ‘The Team Behind The Teams’, DHL will provide specialized and tailored logistics solutions to both teams on and off the pitch ensuring delivery of all equipment – such as crucial coaching, training and technical gear for a touring party of over 100 people. From coaches, support staff and management, to DHL employees and fans, they all play a key part in ‘The Team Behind The Teams.’

“Since our partnership first began in 2005, DHL have been an integral part of our team so we are delighted they will be supporting us once again,” commented Ben Calveley, The British & Irish Lions Managing Director. “DHL plays an important role in ensuring the safe delivery of our kit and equipment so that the squad is given the best possible chance of success. We look forward to working with them as our planning for next year’s Tour continues.”

Jurie Roux, SA Rugby Chief Executive Officer, adds: “DHL is a brand that is synonymous with delivering excellence so today marks the partnership of two teams who strive to be the best. DHL have consistently been a supporter of rugby here in South Africa, so we are delighted to have their expertise behind us as we bid to defend our turf against the Lions.”

DHL has been a key partner of the Lions since 2005 delivering the last two Tours to New Zealand in 2017 and Australia in 2013, adding to its longstanding partnership and association with rugby on a global and local level. DHL as a brand is synonymous with rugby globally, thanks to existing partnerships with Rugby World Cups, World Rugby Sevens Series, DHL Stormers in South Africa, Ireland Rugby and Harlequins in England. Both The British & Irish Lions and the Springboks are not only truly historic and iconic teams, but they absolutely reinforce DHL’s brand message; Excellence, Simply Delivered.

“We are thrilled to support both the Lions and the Springboks in the build-up and during the Tour,” said Hennie Heymans, CEO Sub Saharan Africa at DHL Express. “As official logistics partner, we leverage our logistics expertise to help deliver the teams off the field so that they can focus on delivering success on the field. With the addition of the DHL logo on the back of each team’s jerseys, it truly reinforces our commitment of being “The Team Behind The Teams.”