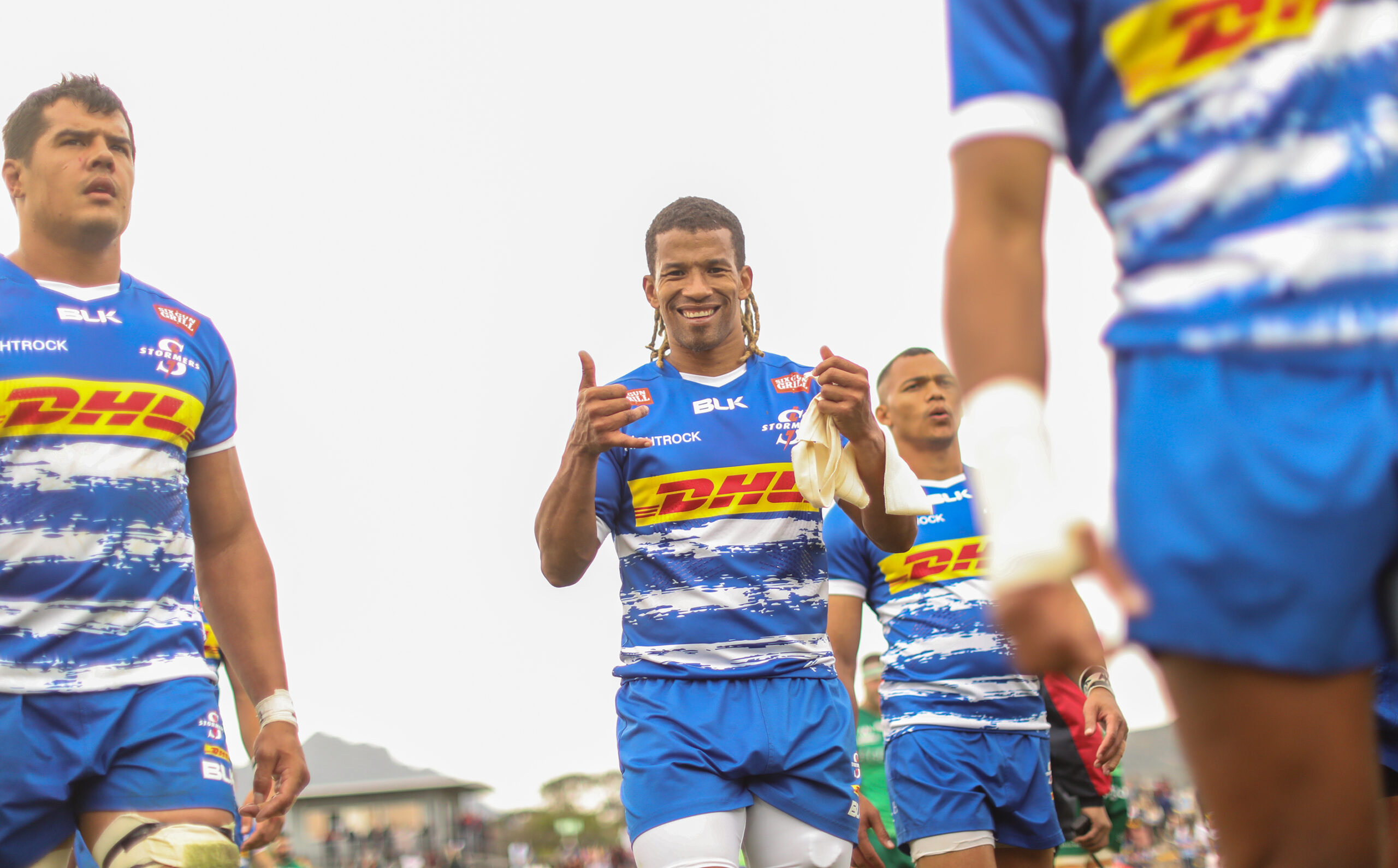 
Clayton Blommetjies is blossoming in the DHL Stormers environment.

Blommetjies, schooled at New Orleans S.S.S in Paarl, has taken quite some journey to return to the region in which it all started as a schoolboy.

He has also slotted into the DHL Stormers set-up as if he had stepped into it after finishing his schooling. His style of play dovetails with what Head Coach John Dobson has developed over the past few years, and it was Blommetjies’ 100-plus matches at the Cheetahs that proved the inspiration for Dobson to offer him a return to the Western Cape.

Blommetjies, who represented the Boland Cavaliers and Vodacom Bulls at youth level, made his professional debut for the Vodacom Bulls in 2012. He played 41 times for them before joining the Toyota Cheetahs.

It is at the Toyota Cheetahs where Blommetjies grew in maturity and flourished. He played 91 times for the Toyota Cheetahs and Free State Cheetahs between 2014 and 2018 before a short-lived overseas stint with the Scarlets in Wales (six matches) and England’s Leicester Tigers (two matches).

It was back to the Toyota Cheetahs that Blommetjies went to find his best form and between 2019 and 2022 he added a further 42 appearances to take his tally to 133 matches in a Toyota Cheetahs jersey.

Dobson had always had a high regard for Blommetjies and felt he would be the closest player fit to the departing Warrick Gelant, who had starred at fullback for the DHL Stormers in the title-winning Vodacom United Rugby Championship season earlier in 2022.

Gelant was an out-and-out strike player from the fullback position and combined beautifully with the mercurial talents of flyhalf Manie Libbok.

Dobson, when he recruited Libbok, had seen a value to the flyhalf that had not materialized for the player at the Vodacom Bulls and Cell C Sharks.

Dobson knew how he wanted his team to play. He knew what kind of qualities he was looking for in a flyhalf and he wanted a No.10 who could be a double attacking threat, in tandem with Gelant.

The Libbok/Gelant 10/15 attacking axis proved a revelation for the DHL Stormers and Dobson felt it essential that it had to be a ‘like-for-like’ replacement when Gelant confirmed his move to France.

“We looked at options but for me Clayton was the closest we would get to what Warrick had given us in strike power. I would say Warrick has the edge on out-and-out pace, but outside of that the two players are very similar when assessing their strongest qualities. They both have a similar attacking mind-set and they both gelled very quickly with Manie as our No.10,” said Dobson.

“I was particularly impressed with Clayton against Connacht because of the efficiency of his all-round game, his composure and the experience he has from playing 200 professional matches.

“He combined very well with Manie and his presence meant we could still do the same things we did on attack when playing Warrick,” he added.

Dobson said it was also encouraging to sign a home-grown regional talent, who wanted to return to the Western Cape and be a part of something unique and special.

“We are a team made up of so many players from this region, some who have been in the professional system since they became seniors and others, who were schooled in the Western Cape, left and have come back.

“It speaks volumes for what we are achieving as a squad where youngsters want to stay, and more senior players want to return.’

Blommetjies, who also has one appearance for the Barbarians FC, played for the Blitzboks a decade ago before focusing on XVs.