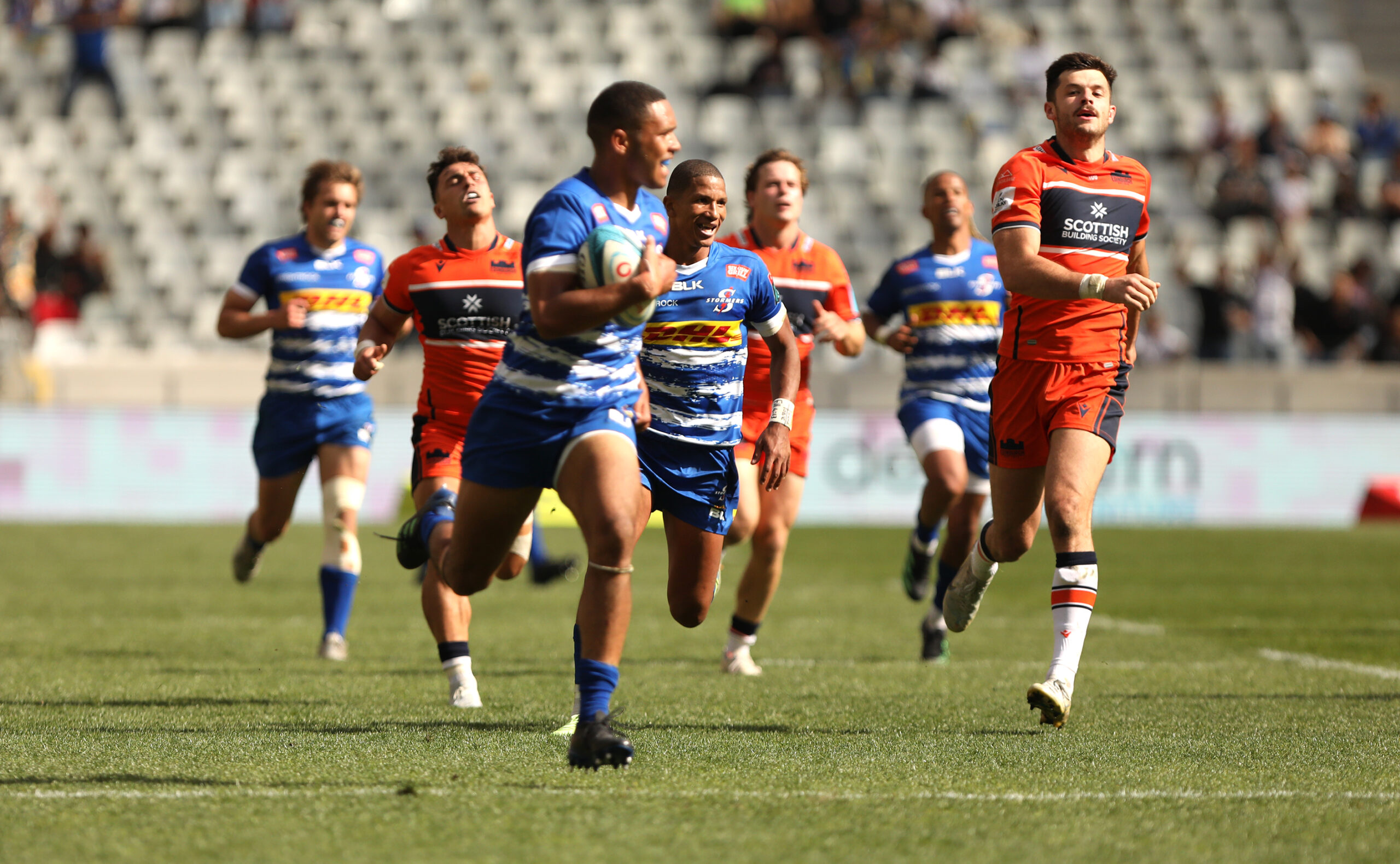 Another late bonus for DHL Stormers


The DHL Stormers scored their bonus point try after the hooter for the second consecutive week to seal a 34-18 Vodacom United Rugby Championship win against Edinburgh at DHL Stadium on Saturday.

A double from wing Suleiman Hartzenberg, along with maul tries from Deon Fourie and Joseph Dweba on debut were enough to make it a full house of log points for the home side.

It is their 13th consecutive win in the Vodacom United Rugby Championship and means that they have 10 log points from their two home games this season.

The DHL Stormers leave on a three-week tour to Italy and Wales next week where they will try to keep their winning momentum going.

The visitors made a strong start and got on the scoreboard early with a penalty from flyhalf Blair Kinghorn.

They had the possession and territory and following a yellow card for Manie Libbok it was Edinburgh prop Pierre Schoeman who eventually scored the first try of the game.

The DHL Stormers regrouped and applied some pressure of their own, which saw Edinburgh hooker Stuart McInally sent to the bin after Angelo Davids was denied on the tryline.

The home side struck after the hooter with a maul try from Deon Fourie, which narrowed the gap to 10-7 at half-time.

The DHL Stormers started the second half in the way they ended the first. With a maul try, this time from hooker Joseph Dweba on debut.

They followed that up with a penalty from Manie Libbok to give themselves a seven-point buffer before Evan Roos was shown a yellow card.

Edinburgh took the three points, but the DHL Stormers hit back with another Libbok penalty, which was followed up by an intercept try from Suleiman Hartzenberg which effectively killed the game as a contest.

Sazi Sandi was shown a red card and Edinburgh managed a maul try in response.

However, the DHL Stormers had the final say as Hartzenberg went over for his second after the hooter to seal the bonus point to the delight of the crowd.