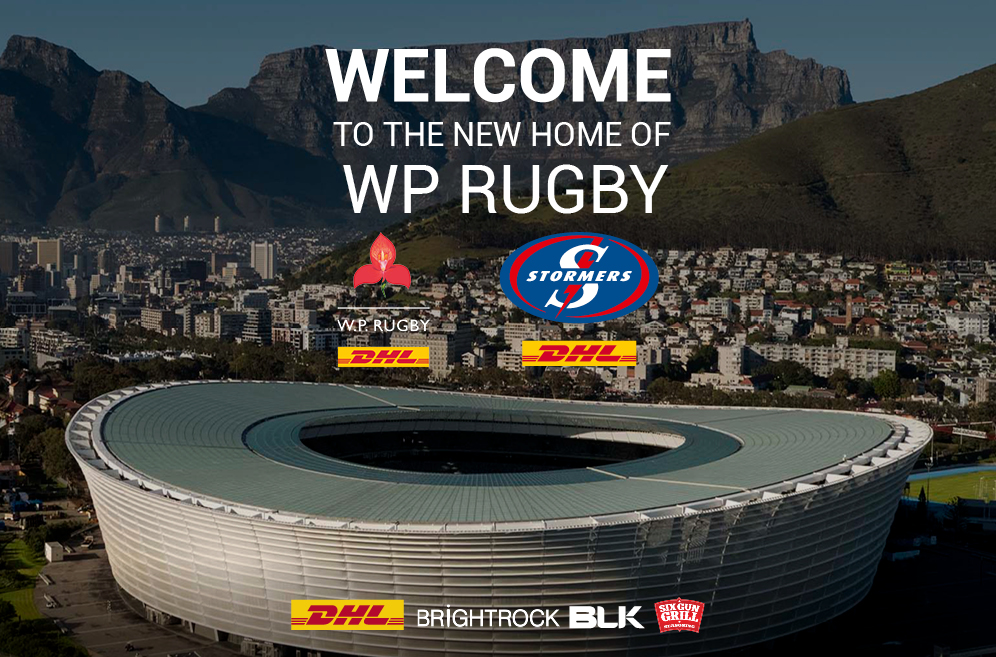 A new era begins at the new home of WP Rugby


The start of the 2021 rugby season signals the beginning of an exciting new era for Western Province Rugby at its new home – Cape Town Stadium.

The iconic venue in Greenpoint will be the home base for the DHL Stormers and DHL Western Province going forward, starting on Saturday, February 27 when the DHL Stormers face the Toyota Cheetahs in a preparation fixture.

The striking venue on the edge of the Atlantic Ocean, nestled next to Cape Town’s CBD and with Table Mountain as a backdrop, has played host to many memorable sporting occasions since it was built ahead of the 2010 FIFA World Cup.

In future all home matches of Western Province Rugby’s professional teams will be held at Cape Town Stadium, providing a new home for Cape Town’s beloved rugby teams and their Faithful supporters.

The Faithful will be able to enjoy the world-class facilities and unrivalled matchday experience that Cape Town Stadium offers, once crowds are allowed back at rugby games subject to COVID-19 regulations.

While the supporters will be missed in the two preparation games that the DHL Stormers will play against the Toyota Cheetahs on 27 February and Emirates Lions on 27 March, they will form part of the action as soon as regulations allow.

DHL Stormers Head Coach John Dobson said that his squad has been training regularly at Cape Town Stadium over the last year and are looking forward to making it their home.

“It is a privilege for us to play and train at a world-class stadium and the players are very familiar with the venue.

“We cannot wait for the Faithful to be able to join us at our new home and to see the stands full of our passionate supporters,” he said.

Western Province Professional Rugby Chairman Ebrahim Rasool said that the move to Cape Town Stadium signals the start of an exciting new future for both the DHL Stormers and DHL Western Province.

“We aspire to be world-class teams and brands, so it is fitting that we should play in a world-class stadium where our Faithful supporters can enjoy an unrivalled experience. We all look forward to sharing many happy memories at Cape Town Stadium,” he said.

Lesley de Reuck, CEO of the Cape Town Stadium said that having the DHL Stormers and DHL Western Province as anchor tenants is the realisation of a long-term vision.

“The DHL Stormers and DHL Western Province are sports teams that are synonymous with Cape Town and the passion of its people. We are thrilled to welcome the players, coaches, staff and supporters to Cape Town Stadium and could not be more excited about our future together,” he said.